Get the Representation You Deserve

Nick’s mom holds the phone.  She is worried,  wondering whether Nick is ok and safe.  She is angry, because how could Nick, her sweet and affable boy get into trouble?  And she is concerned, what will happen next and what should we do?

You are not alone.  The following numbers of juvenile arrests occurred in recent years according to the Minnesota Department of Public Transportation:

Along with the immediate concern of getting one’s child home, there will be doubt and anger about why the child is at the police department in the first place.

Most parents’ first instinct is to immediately pepper their child with questions regarding the incident, what happened, and why they were arrested.  This is normal.  But, resist it.  The calls are monitored and recorded, and, in many cases, they will be utilized to their fullest extent in Court against your child, limiting their legal defenses and options.

Right now, your child needs the utmost support in a difficult situation, so take a deep breath and try not to panic and affirm that you will speak to him/her later about the specifics, but, for right now the most important thing is to get your child home.  Then, you will have an opportunity to talk in a confidential setting.

In Minnesota, children under the age of 14 are not charged with crimes.  If a juvenile is charged with a crime, jurisdiction is vested in the juvenile court system where crimes are defined consistently with adult crimes, but, they are referred to as “juvenile adjudications of delinquency”  In short, a juvenile delinquency action.  The positive is that juvenile court is premised on the commitment to rehabilitation, not punishment.  This is not to say that a juvenile delinquency proceeding should be taken lightly.  These types of actions against children still carry collateral consequences that can last a lifetime, and the outcomes can still be punitive.

There are some cases severe enough to warrant a juvenile to be prosecuted as an adult.  There are two ways that this can happen.  First, through a process called extended juvenile jurisdiction, or EJJ.  EJJ is defined by MN Stat § 206B.130 as “a proceeding involving a child alleged to have committed a felony offense is an extended jurisdiction juvenile prosecution if:

The prosecutor must make a motion to proceed in this manner.  A good defense lawyer will defend against this kind of treatment of their juvenile client.  If EJJ is conferred, the child can receive a juvenile sentence, and an adult sentence (to prison) that can be imposed upon the child in certain circumstances.

Second, in the most serious of cases, juveniles over the age of 16 at the time of the crime, can be prosecuted as adults.  The process for this is called Certification to Adult court.  A motion is filed by the prosecutor to initiate these proceedings.  In a case this serious, the winning or losing of a certification case may occur when the lawyer can successfully prevent certification to adult court.  The certification proceeding involves the calling of witnesses, cross-examination of those witnesses, and expert reports prepared by the Government, and by the juvenile’s defense team.

Whether a case is a typical juvenile matter or a more serious violent offense, kids’ futures can be seriously impacted by a criminal record in today’s ultra-searchable world. If your child is charged with a crime, it’s crucial to contact an experienced juvenile defense attorney to protect their rights and provide them with the best possible options for success in Court and success in their future endeavors.

There are many ways that young people enter the juvenile justice system in their early life. Whether a crime was committed intentionally or a simple lack of judgment results in a criminal charge, juvenile crime usually occurs because children do not process information and possible consequences of their actions in the same way adults do.

For example, if you ask your child “Why did you do XYZ?”  They will most likely shrug their shoulders and say “I dunno.”  And this would not be a lie.  The young child’s brain is not capable of processing information in the same way as the adult brain.  What is obviously dangerous or criminal to an adult, may seem less so to a juvenile.

Be proactive in teaching your children about the importance of respecting the law and authority figures in the event they are ever detained. Remind them of the dangers of blindly following irresponsible friends who are misbehaving. Open and honest communication with your child is a good way to minimize the possibility of them ever being charged with a crime.

But, if they are charged with a crime, do not blame yourself.  Even the best of parents may have a situation where their child makes a mistake.  They, and you, should not be judged harshly for that.

It’s undeniable that kids act impulsively at times, especially in their teenage years. Peer pressure is a very real and very scary occurrence that often results in potentially life-altering mistakes made by young people. A criminal conviction can affect a child’s ability to find work, apply to colleges, and remain in good standing at school or with sports teams. Some of the most common offenses committed by juveniles include:

Some of the common offenses that youths commit have more severe consequences than others. The child’s offender status is categorized by the level of severity of the crime committed. There is a range of juvenile offender categories recognized by Minnesota’s juvenile justice system:

Delinquents: Individuals under the age of 18 who commit an act that would be considered unlawful if committed by an adult, excluding petty offenses.

Petty offenders: Individuals who engage in activities that are unlawful for minors, but not for adults, including curfew violations, underage drinking, and smoking.

Extended jurisdiction juveniles: This categorization applies to children 14 years or older who commit felony-level offenses. Conviction of the offense results in a juvenile court sentencing and a stayed adult court sentencing, to be imposed if the child fails to satisfy sentencing conditions. 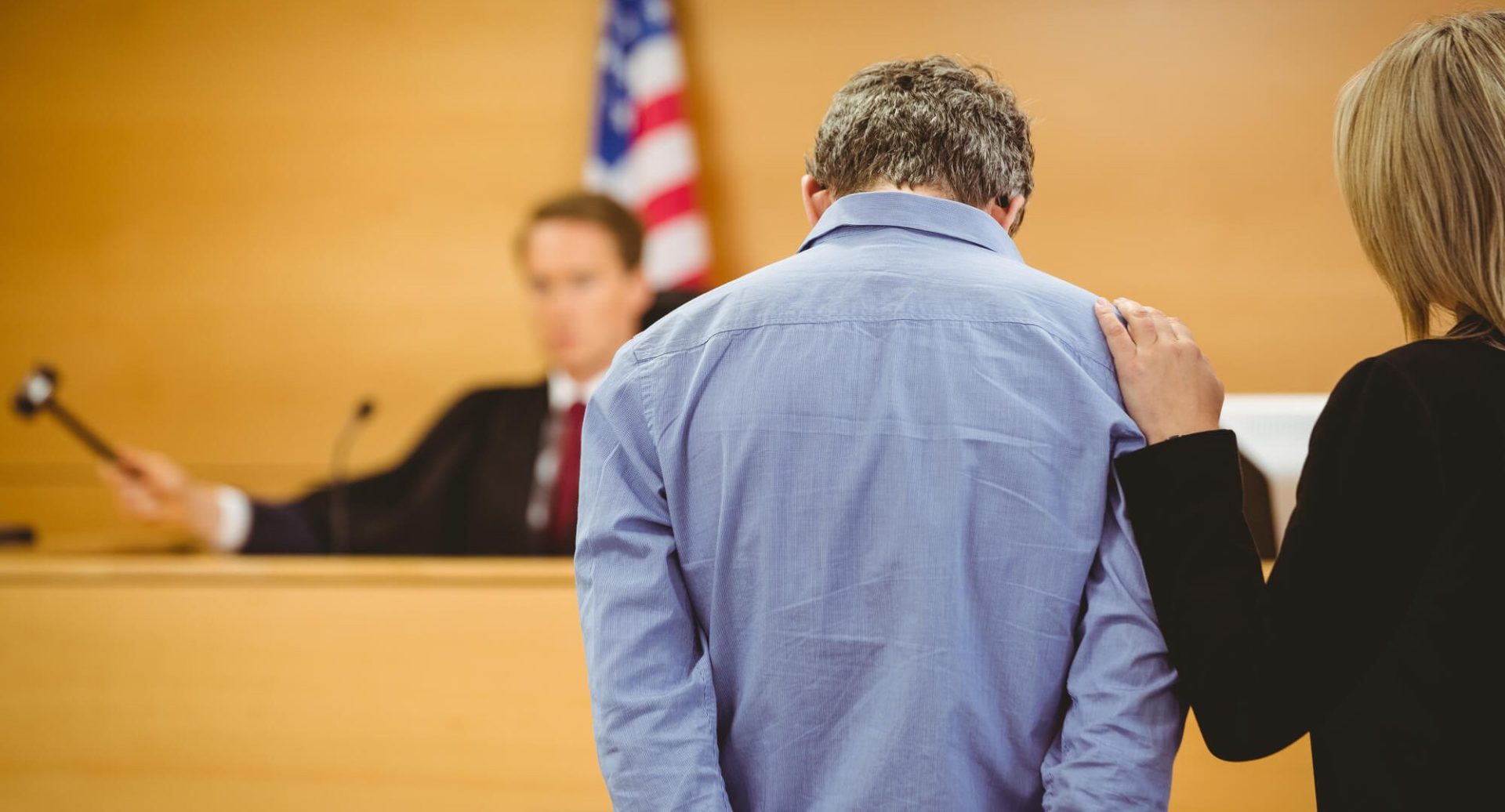 My Child Was Charged – Now What?

When a juvenile is caught committing an unlawful or delinquent act, the state files charges instead of the victim. Police officers will often file a notice for the offender to appear in court when the child is detained. In Minnesota, the law requires that the person with custody of the child be notified of the offense, making it apparent that a defense lawyer is a necessity.

It can be incredibly scary, confusing, and overwhelming to learn that your child has been charged with a crime. While some minor juvenile offenses only result in fines or community service, other more severe charges might require the defendant to appear in a juvenile court. Like most states, Minnesota youths have the right to counsel and a fair trial during court proceedings. The best course of action to take if your child needs to appear in court for a crime more severe than a petty misdemeanor is to contact a juvenile defense lawyer.

Lauren Campoli is a dedicated juvenile criminal defense attorney.  She spent an entire year of her practice in the exclusive field of juvenile defense law.  At the conclusion of that year, Ms. Campoli was an invited speaker to the Colorado Public Defender Statewide conference wherein she presented a talk involving the successful defense of juvenile sex offender probation violations.

In juvenile court decisions, there is a wide range of possible sentencing outcomes ranging from community service and probation to juvenile detention centers, foster homes, and alternative school settings. The ability of the child to obtain a successful outcome largely depends on the facts of their case, how the case is argued, and the strength of the lawyer representing the child.

Displacement can have seriously detrimental effects on a child’s mental health and school performance. When you work with a reliable juvenile defense lawyer, sentencing conditions can be significantly reduced, and negative impacts on your child’s wellbeing are minimized.

It is not difficult to understand why getting arrested and charged with a crime can be traumatic to a child or teenager. As a parent, you have a responsibility to offer support to your child during challenging times in life.

You and your child are probably experiencing a lot of emotions and uncertainties during this stressful situation. Remember that kids make mistakes all the time, and second chances should be given to children.  Working with a juvenile defense lawyer to build a strong case will give you peace of mind, and help you navigate this difficult time with confidence and clarity.

The juvenile justice system has its own unique set of rules, regulations, and requirements, and parents of delinquent children often find themselves overwhelmed by the process. If your child is ever charged with a crime, contact an experienced juvenile defense lawyer like Lauren Campoli to help you every step of the way. For a legal consultation in Minneapolis, please call us at 612-810-0060 or contact the Law Office of Lauren Campoli today.

Lauren Campoli is a locally loved and nationally ranked criminal defense trial attorney. She is passionate about her work and dedicated to getting results. Get in touch now to discuss your best options with both our Minneapolis criminal defense attorneys and our Edina criminal defense lawyers at each of our local MN offices.